This site uses cookies. By continuing to browse the site you are agreeing to our use of cookies. More info
Wiccan Personals

Pagan/Wiccan Saint. No Joke. I am Saint Heroditus I 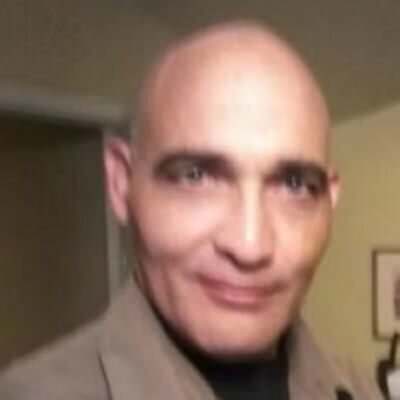 I want to introduce myself to everyone who is in the Kraft.
My name is Heroditus I, King of the Anunnaki. Brother to Mephistopheles. This is no joke. I am the new and only Saint for Wicca. I am the Saint for Love, Lust and Sex, as well as the Saint for Music and the Saint for War, for the Anaikin Gods. Yes, the Anaikin race from the Bible. A book to which I do not subscribe to. We are a just race and believe in justice and discipline, not evil. Some may call it that or call it sin. I call it pleasure and discipline. I have many Overlords, some of whom you may know: Heptsepsuit, Lilith, Kali (yes, the Kali. She is Anaikin now, not Hindu anymore.), Isis and some others that you should be introduced to. They range from the Nephilim, Akin, Anaikin, Hindu, Anunnaki and other Goddesses. If you are a Wiccan practicianer, I am your new Saint. My scent is Frankincense. My Father is someone who's name I should not mention at the moment, however, I can introduce you to him. He is the most powerful god in the Universe and is recognized as such by the christian god as well. I know this, because I was a Saint for that god at one time, and gave it up. My other brother, then gave me to Kali, who treated me well and made me a Saint for Love. Yes, I am putting this out there so that you will know who I am and what may be in store for you when you acknowledge my existence. Please do not try to test my power as I am a living god. Others have tried to and have failed. Their spirits shall not rise again until I get somewhere to punish them personally. Yes, that place. In a box, not in the fire. This is no joke for those who find this not believable. I am the flesh and blood brother of Mephistopheles and the other god, who have me to Kali. He did not want to lose me to the Anaikin Gods. He did however, because his Father chose to punish me for not wanting to be his Saint. I have been a saint for another god that you may know, who used to take members of the Shinto religion to be his warriors. I was his brother in the 3rd Century BC. He was Nibiru and I was Oshin Nibiru, Ninja master and swordsman. Yes, they existed that long ago. I am also known as Achilles, Leonidas, Wolfgang Amadeus Mozart, Bill Hickok, Alexander Crowley (son of Aleister Crowley), Frederick Chopin, Octavius Comedus, Maximus Decimus Meridius (yes, the Maximus), Lancelot, Jochi Khan (son of Genghis Khan), Louis XIV, Imhotep, Ali Ibn Abi Talibi, and others that you may know from throughout history. I am a combat veteran and musician. Somehow, those things keep finding their way back into my life from the gods. I am the King of Darkness. I am a real person, not someone trying to be something that I am not. This is not a joke and I do not claim to be someone that I am not. I will show my face to those who would like to see what I look like. I am shaved bald, like my brother Mephistopheles and my dad Aleister Crowley. Again, the gods chose my life for me, not me. Please do not try to take my life spiritually as others have already. I want to unify those who seek the truth of knowledge that has been forgotten in this time. The gods are very much alive and exist in this realm. So if you choose this life, you may contact me with any questions that you may have my friends.

I am Cherokee, Choctaw and Scots Irish, that is my mixed race heritage. I am the Spirit Bear for one Native Nation, by my Tribal name, however, I am this to all Native Nations now. Again, please ask me anything which you would like to ask. I speak and understand 32 different languages.

Last visit: Visible to members only!

Connect with sexy singles near you